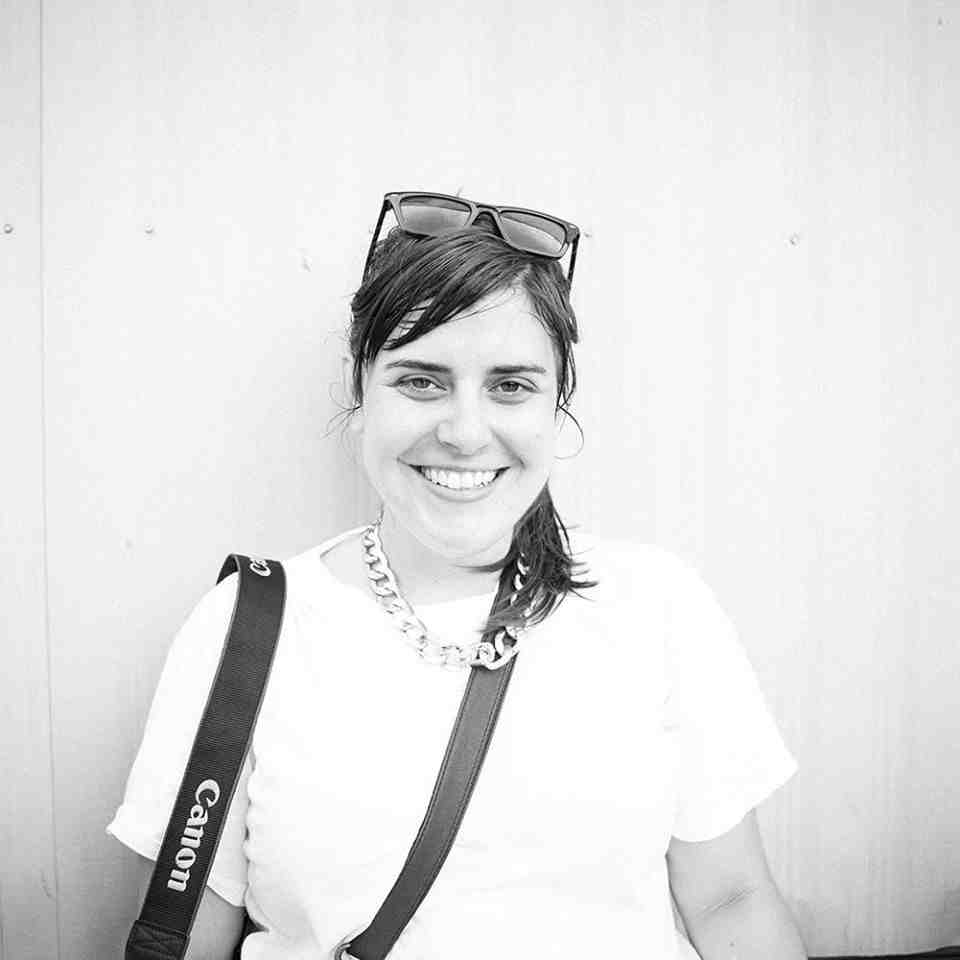 I would like to take the time out firstly to say thank you to the first videographer to contact me and contribute some footage towards the upcoming film ‘KING OF THE BEATS – LOOKING FOR THE PERFECT BEAT’.  Julie Schabel hailing from Cleveland was introduced to me by Marlon Williams, one of the main characters in the film.  I had put a post up asking for film makers, photographers if they could help by contributing some footage towards the project.  Street shots of NYC, Sky Lines and urban symbols and architecture.  Marlon recommended that I should get in touch with his friend.

Whilst we was out in NYC last year we didn’t have much time to capture these shots.  I thought in preparation for my next and final trip to NYC to shoot for this film this would be a great way of collecting vital footage and also getting people involved at a very grassroots level.  For the last 20 so years Ive been plugging away at building a reputation within the hip hop community as a film maker and activist.  This is the largest project I have ever taken on.  If you measure success on how much money you made then Ive not been very successful.  Now into my 40s I can think back to when i was in my early 20s and started making my films and going into NYC shooting.  I still feel I have the very same energy and hunger I did back then, but the reality is that time is working against me, so maybe getting a bit of help is not a bad thing.

Hip Hop Culture was always about the underdog to me, that is the story.  The one all the odds are stacked up against, but comes out on top.  Hence I’m talking about the battle.  the challenge I have always faced is that I did everything my self.  Im still hungry and I desire to show others that you can take out all these other corporate funded projects through sheer hard work and determination.  This is not a funded project,  So far its been very organic, funded by my self and those who supported it believing in me so much so they payed their own way to come out to NYC to shoot this film.

I’m very grateful that there are people like Marlon and Julie who can see the bigger picture.  Julie her self has been involved in film for some time too.  This is what she had to say about her self.

‘I got into music photography in high school when all my friends were in punk bands in Cleveland. I would go to shows with my little cameras (mostly disposable or cheap digital ones I managed to get my hands on) and shoot the shows and my friends at the shows. In college in Chicago I started going to the ghetto house/juke party’s and came up when Cool Kids, Flosstradamus and Kid Sister were doing mad shows and throwing parties. I was really influenced by that but wasn’t really going out to shoot at the time, I just have some shitty cell phone pics of parties at sub-t and Town Hall. I started to take music photography seriously when I went to NYC for CMJ in 2011 where I shot ASAP, Danny Brown, Mr. Muthafuckin eXquire, Main Attrakionz, all artists I continue to work with today. We were all just breaking ground that year and its been cool to see how we all grown in this industry. Now I am shooting videos for artists, working with a few production companies and doing freelance coverage of events and shows related to hip hop and electronic music primarily’.

If you feel that you would like to donate or contribute some footage towards the project, feel free to contact me below.

Calling all film makers / videographers, Im looking for your kean filmmakers who would like to contribute some footage towards the film ‘King of the Beats –Looking for the Perfect Beat’.

April last year the crew went over to nyc to start shooting the film conducting interviews. 8am start, finishing 3am. Running out of time we couldn’t take the time out to do the New York /Toronto scenery shots that we liked to.

If you would like to contribute towards the film and take some shots of NYC / Toronto, which would be used exclusively only for this project please feel free to get in touch.

This is non-paid project, but your contribution will get credited. I have added a link below for some of the shots we are looking at. Areas that would be ideal to get shots off, Manhattan, Brooklyn, Bronx, Toronto (city). Skylines, busy streets, buildings, signs, shopfronts. Traffic, people.

Footage must be H.D. Steady, it does not have to be edited. 10 second shots, unless your doing time lapse.

Morning bro here is my write up for the blog, I’m about to start sharing the show

What’s up people, it’s that time of the month again when Mind Tha Gap and People Under Pressure Music bring you the best in brand new illest & realest Hip Hop,
First and for most we would like to thank everybody for the amazing response from last months show, much respect to everyone that shared or posted the show for their people to enjoy and spread the word!
we were overwhelmed with all the support we received, proving what we already knew that there are so many like minded people that still have love and passion for this culture we call Hip Hip and are more than interested to hear brand new Joints instead of the same old joints most so called Hip Hop DJ’s play to stay safe ;(
Big respect to our sponsors Aerosoul clothing (www.info@aerosoul.co.uk) and King Of The Beats (www.kingofthebeats.com) make sure you check out their sites!
also Ryan proctor @ old to the new who helped us promote, THANK YOU!
Look out for People Under Pressure Music’s new blog, which will be the go to place for all Hip Hip DJ’s as just like our radio show, you won’t find NO weakness on their only dopeness (see sidebar for direct link)
Again I am very proud of the show and feel it is another BANGER so please feel free to share and spread the word again so we can continue to build!!
Enjoy Mind Tha Gap Radio 02- February 2014 and we will reconnect in 30 days for your next installment, much love and respect
Steven ‘Tha 4orce’ Ellington
Mind Tha Gap Radio. 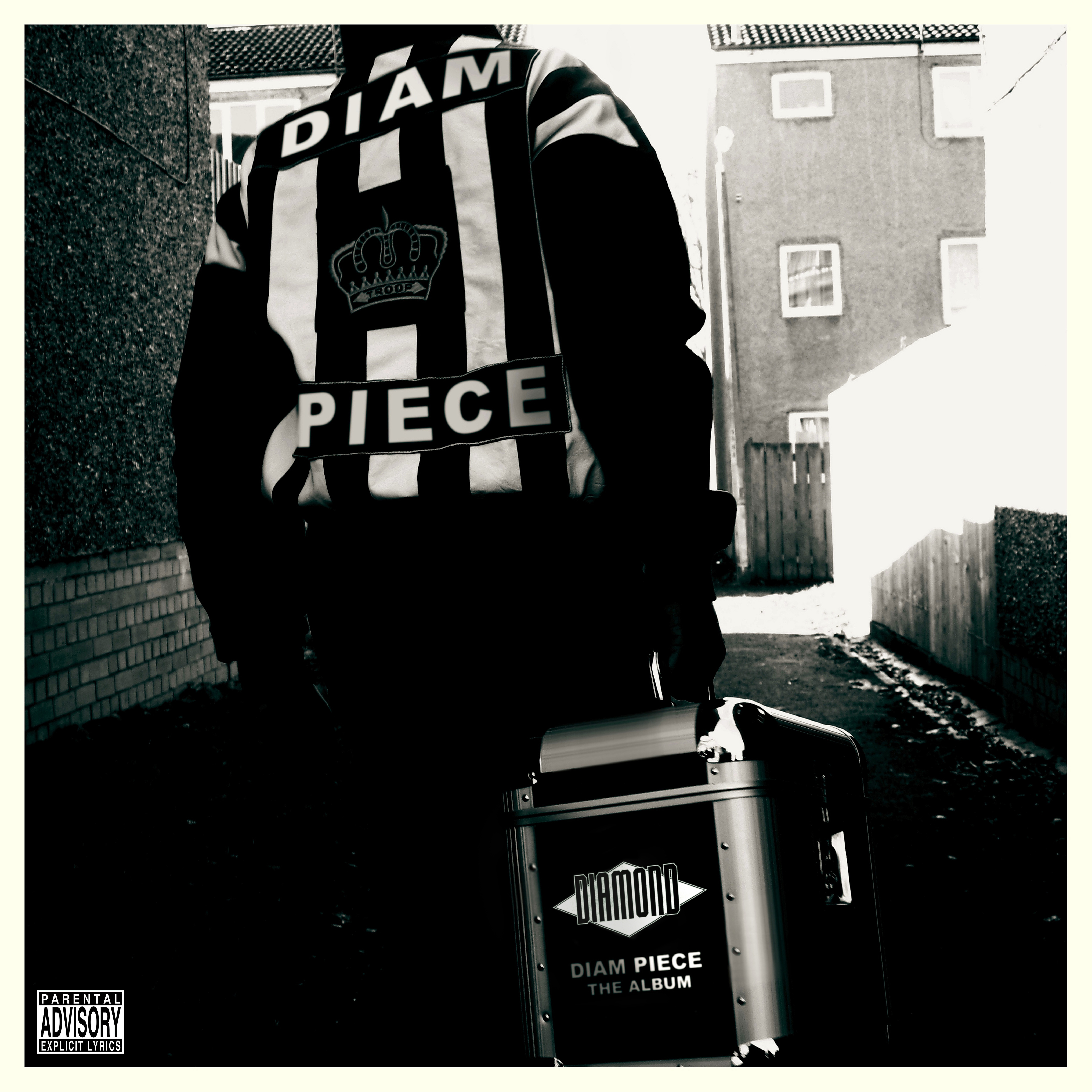 It official from the man him self Diamond D, About to release new album titled “DIAM PIECE’ .  Art work designed by Pritt Kalsi founder of King of the Beats.  The Image shows behind the star status, Diamond D represents  quality and hard work.  He is a man that sticks to his roots and is passionate about his craft.  When its time to get your hands dirty and get to work Diamond D is all business.

For almost 2 weeks we was working daily, selecting images and fine tuning.  Believe me even though we are oceans apart Diamond work ethic is very precise and clinical.  Brings me back almost 20 years ago after the first Diamond D album dropped.  It was the best thing in the world to me then.  I saw as a fan of the music this is the mark and standard I need to be at.  I wonder If Juice Aleem remembers walking from DJ Sparra’s house to the bust stop in kings Norton.  I explained why I think Diamonds music is the pinical , why DITC is where I need to aim for as the Bar.  One Day I said I’m gonna work with him.  2o years later its happened.  Right now I’m happy.

I’ve been waiting for something like this from them for a while.  The name fits The Unsung Heroes appeared in my first film, the original King of the Beats.  Brad and Shiver I’ve known for a while and as long as i known them these guys are notorious for collecting the 45′s.  Long before it got cool again.  So when I saw this today online I had to share this.  Enjoy this soulful mix from the guys.

Look forward to more posts and shows from the guys.

Get your pre Exclusive gear.  Looking for the Perfect beat.

KOTB would like to proudly release our all-new varsity jackets.  The official stamp from the original challenge, created and found by Pritt Kalsi almost 20 years ago

King of the beats has grown and stands for the culture of digging for records, the preservation of vinyl and hip hop music.  Through films, events, workshops King of the beats has traveled far and wide spreading its message and planting its seed.  This was a labor of love. For the last Year Ive been working on my new film along side Jazzy Jay and JFK Aman, with the help of Film Crew Steven Ellington and Andy Higgs we have been really working hard unfunded to make an epic piece.

If you are passionate about this music and culture.  Collecting records, making beats, sampling and drum machines please show your support.  2014 looks like a very promising year.  Hopefully dropping the new film alongside new events plus the relaunch of the record label.   Unlike the ‘legenday grandmaster Jay and the many other fakes this is the real deal for people who are the real deal.

This is a show from the man who has the Greatest show in Hip Hop right now, air tight performance from start to finish!! Check out Lord Finesse direct from Tokyo.

We got together I think after his tour there If I remember rightly.  For all those who are performers or artists seeing him perform live is a must.  A great lesson from one of the best ever to do it.