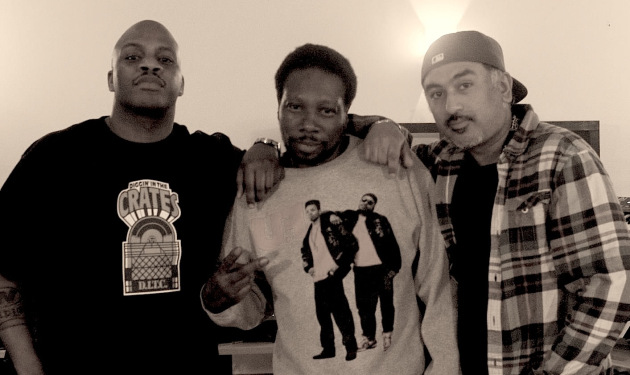 Founded back in 1997. Film maker Pritt Kalsi embarked on his project THE KING OF THE BEATS. For over 20 years he has been Involved in Hip hop Culture, looking for those breaks beats and samples.

In tradition of DJs Such as Jazzy Jay, Marley Marl, Premier and Pogo, Pritt founded what was to be the blueprint for this thing called beat battles. Before the 1999 film King of the beats there were no beat battles.

His aim is too keep that vinyl culture alive. From the days when Djs would look for those breakbeats for a $1, turning them into some of the most classic records we all love to this day.

The challenge….. Each artist has a budget of £20 to go find records. They have to find the drums, samples and music. They then have to return to their studio and build a beat. Doesn’t sound too complicated? You only have one day to complete the whole task.

The very first Film was limited to 16 copies in the UK. and further 20 Copies that were distributed through NYC in 2002 to people who took part in the project ‘THE MEN & THE MUSIC’. In 2000 the Film was Screened across the UK and Germany.

Pioneers, Legends, established and up and coming artists all share this platform. See how they take on the task, choice of records, how they work in the studio, learn some of their production techniques. Most importantly they all share one common bond, their love for good quality real hip hop music.

Pritt Kalsi is the father of beat battles and produces these films with no budget, please if your down with THE KING OF THE BEATS please support his work, purchase a Record or T-shirt.

King of the beats is a trademark owned by pritt kalsi. no unauthorized use of the logo is permitted without Pritt kalsi’s consent. No king of the beats event is official without the consent of solely of Pritt Kalsi.