Over the period I had no idea I would not be returning to work, So I buried my head into my film I would start editing from 4 am until about 7pm every day where discovering Zoom I would do sessions with the likes Jay King, Andy Higgs, Force, Coombes, Ray West, Keith, Cutmaster Swift, A.dee, Xzibet Blak, Dexter, and Luis Tineo ,the Legion,DJ Disk Johnny Juice, Cassandra, Donna She Rock, Gary Devastate, Sparkii, Rhettmatic, Neil Armstrong Marc Davis, Dug Infinate, Casanova Rud, Finley Bradford and a number of others where we would review the day’s edits or the film.

We would discuss the scenes and how to improve the film. We identified what was missing and looked towards who needs to be contacted to give the film what it’s missing.

This went on every single day for a minimum of 9 weeks solid. To a point, I just continued my self whilst learning about me losing my job.

One of the questions that kept coming up was how is this film going to be released. There are over 20 years of film in it. I have made two parts both 2.5 hours long. I have considered turning it to episodes. Which in the past I was against but seeing how streaming has evolved especially in this period it logically makes perfect sense to make it into a series.

I had booked a ticket to NYC leaving May 1st. Which of course was canceled by the airline. So I have a credit on that ticket. Jazzy Jay reached out for a screening of the film after we discussed my situation and that both him and his wife Broadie’s got my back to return to NYC to tie up the film.

In the period I also let it be known I was looking for someone to come in and do an audio mix. I’m very grateful to Elliot Vaughan for rising to the Task. He is a very experienced engineer who has worked on many broadcast projects in the past. 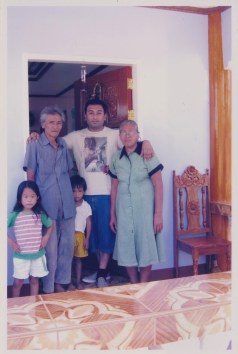 Within the first 3 weeks of the Covid period, I produced 2 new trailers. The day I completed the first trailer was the first day I began to hear of friends passing on. My dear friend Micheal Lewington who lived across the street from my parents who the first family we got to know when we arrived here. He was a man that put me onto so many good Jazz records. Also, Passing was the son of my good friend Grand Master Caz who is in my film. That was the beginning. In those 8 weeks I lost 3 family members, (RIP my mother in law Elana Antonio) and 5 friends including TY.

When that happens and it all happens at once. It only makes you question your own mortality. This Covid is serious and it can be any one of us. This is one of the main reasons I chose to put this trailer out. Time is very precious and I must get this film done and out just in case it’s my turn next. If I don’t do this then I would never have achieved what I wanted.

I had to get in contact with Grand Master Caz and Preemo to make sure they were on board and still remember me as they were filmed many years ago. Maybe they forgot me. I was delighted and overwhelmed that they still believed in me and remembered me. Granting me the permission to go ahead with the film.

I have gone through some battles to make this film but honestly, I couldn’t have done it without the support of my family, close friends, and the many Artists who always supported me, although at times I feel alone. I would honestly not be here if it was not for you. For 2 years I woke up every morning wanting to die but having this, keeping myself busy making my music, helping others, working on my film does not give me the time to think of the bad things.

I would like to present one trailer. So that you can see what is in the making. Thank you to everyone that really supported my work.

I did not film the drone shots.  Id love to get them done though.